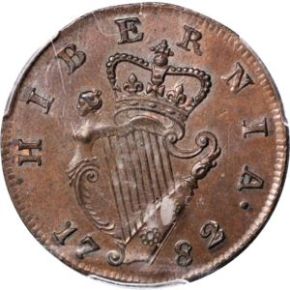 PHOENIX PARK II: I’m out walking Charlie and a good way into our walk I hear beeping. There’s a man with a metal detector. I call out to him – “mind if ask what you’re looking for?” The metal detector was lying on the ground and he had a knife and a screwdriver in his hand. A lot of people ask him what he’s looking for, enough that now he brings around a collection of photographs with him: his finds. He took me through them. Medals from WWII, WWI, Gallipoli, the Eucharistic Congress of 1932…all from this area of the Park. He started about five years ago. Had the look of a man who’d seen a gold rush and this was how he was spending his retirement – quietly. Wore a wooly cap a little too small for him. One of his two front teeth as dark as if it’d been left overnight in a glass of Coca Cola. The oldest thing he’d found was an Irish coin from 1782. The saddest thing he’d found was a wedding ring with initials on it and the date in 1977. He showed me his machine: “a Viking 40”, he said. It could detect objects up to two feet below ground. “It can detect them up to one foot anyway, I know that,” he said. Sometimes he’d go to a museum and ask them about an object. One of the photos was a Viking clasp – or so they thought in the museum; they weren’t sure.

“And do they let you keep them?” I asked. I told him about the man who looks for antlers. “They don’t want you to take a branch out of here,” he said, “but most of the wardens are alright. They don’t mind. One of them gives me a nod, asks if I’ve found anything. One man started shouting at me. He was out walking his dog. ‘You’re digging up our heritage’, he said. ‘Well are you going to dig it up?’ I said. And then he picked up a branch and started waving it at me. Middle aged man. I told him if he came near me with that branch I’d stick this knife so far up his arse it’d take his tonsils out. So he said he was going to get a warden. I’ll follow this fucker, I said. See where he goes. So I hoped on the bike. When we came to another wooded part he jumped out at me again, waving the branch. Then we got out onto the road. There were other people around. I told them this man was loony. The warden came along anyway. He comes up to me and says ‘don’t mind him, he’s not all there’.”

So we finished looking through the photos. A Victorian coin from 1862. “They’re common,” he said. I asked if he’d ever go to the midlands, walk the bogs. No, he said. You’d be a long time waiting for something there.